Ukraine: find the latest information regarding the ongoing situation and emergency traveling to the Netherlands 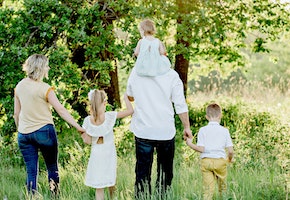 I must concede that when I hear the word “mortgage”, the word “marriage” is not the first thing that comes to mind. The same surely applies to many buyers of real estate in the Netherlands, expats in particular.

But I can assure you that a marriage has everything to do with a mortgage.

Imagine having found your dream home!

Consider the following situation. After looking far and wide, you have finally found your new dream home in the Netherlands. You are very excited to be its new owner and arrange its interior design. However, before being able to do so, the sales process has to be concluded and ownership must be transferred. If required, the financing of the purchase sum via a mortgage loan must be handled. The process of applying for a mortgage loan can be exhaustive for expats, but the best preparation for tomorrow is to do today’s work well. This specifically means the following.

If you are planning to take a mortgage loan from a bank to finance the purchase sum, the bank will request you to provide it with some form of surety that you will indeed repay your debt. Therefore, it will request you to have your home encumbered with a mortgage as a right of security. Prior to lending you an amount of money, a bank will require for you to have a Dutch citizen service number (in Dutch “Burgerservicenummer” or “BSN”) and a residence permit. Furthermore, the bank will check your personal details, such as the income you generate, your possible other financial obligations and liabilities and your marital status and regime.

What if you’re married?

Quite often, I am contacted by a married individual, who originates from abroad and whose spouse is still located in their home country. Such expats are usually employed by a non-governmental organization or a multinational company and they tend to have high salaries. The height of their income is, therefore, usually sufficient for the bank to loan them money and they tend to have both a Dutch citizen service number and a residence permit.

But the fact that they are married could be considered a cause of hesitation for the bank, when assessing whether they should loan the buyer any money. We often get asked by clients why this is important. Their spouses aren’t co-buyers, nor are they going to co-sign the loan agreement with the bank, therefore it shouldn’t matter if the buyer is married.

Getting married is and should always be a very joyous happening. However, few future spouses realize that their marriage exceeds merely solemnizing their affective relationship. It could also affect their financial relationship and ownership of properties they own prior to and after their marriage celebration.

Your marital property regime may change to your rights of ownership!

Once your marriage is solemnized in the presence of the authorities in the country in which you marry, a community of property may come into existence automatically. This means that, by law, spouses may share some (or all) property and bear some (or all) liabilities together, regardless of by whom these were acquired or contracted during or before the marriage. It is, thus, a property regime that comes to be, even though the spouses may not be aware of it.

Until the 1st of January 2018, a general community of property was applicable, meaning that the spouses would come to own all property and bear all liabilities jointly due to the marriage, whether or not these were acquired or contracted during or before the marriage.

If the future spouses wish to deviate from the legal standard when it comes to a marital community of property, they can draw up a pre (-or post)nuptial agreement  prior (prenuptial) or during (postnuptial) the marriage, in which spouses specify whether there is indeed a community of property between them.

Be mindful of foreign law

It is commonplace for expats who come to the Netherlands to work and live here to get married abroad (often prior to their arrival in the Netherlands). They usually come alone and are often followed by their family members later on. Typically, Dutch law does not apply to the marital property regime of such expats and it may be tiring for them to have ascertained which law applies in such a case.[1]

Once the applicable law is determined, it must be determined whether the marital property regime contains a community of property or whether the spouses keep their own property after marriage celebration.

Stay ahead and prevent problems

In conclusion, a marriage (or registered partnership) can become rather tied to (the process of applying for and acquiring) a mortgage loan. When initiating a mortgage loan application, you should be wary of the effects your marriage may have on the possibility of actually acquiring the loan.

It is important to contact a Dutch civil law notary firm to prevent any legal troubles from arising as soon as you possibly can in this process. As an internationally oriented notary firm, we can guide you in this matter.

As a deputy civil law notary from an internationally oriented firm, Joep Ertem provides his clients with advice

on a wide range of legal subjects. He specializes in the drawing up of (living) wills and setting up tax plans in order to avoid unnecessary burdens, as well as advising international clients on matters where family law and real estate law overlap.

His goal is to create and maintain a bond of trust with his clients, which he considers a necessity to come to the right solution to legal problems.

[1] Please note that the information mentioned in this paragraph is also applicable to the registered partnership regime.

Any cookies that may not be particularly necessary for the website to function and is used specifically to collect user personal data via analytics, ads, other embedded contents are termed as non-necessary cookies. It is mandatory to procure user consent prior to running these cookies on your website.